Let's discover the origins of the great fish soup of Livorno

It is impossible not to love the italian cuisine, everyone knows. The made in Tuscany cuisine is one of those that enrapture the most all the million tourists that every year come from all over the world, everyone knows too.

Above all the local cuisines that compose the italian one, there is one in a place of honour in the Tuscan culinary tradition: it’s the cuisine of Livorno.

Like every sea-city does, Livorno offers so many fish recipes, all various and of the distinctive taste, to the point that even Pellegrino Artusi actually reported four recipes of those in its “The science in cooking and the art of well eating”. 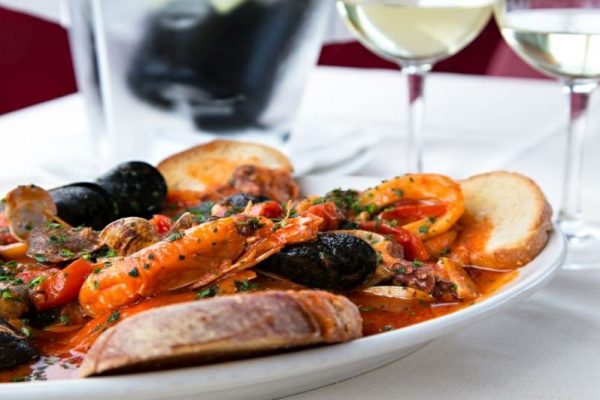 But, above all, there’s a plate that stands out for its huge spread and lot of variants: it’s the “Cacciucco” of Livorno.

In the original recipe, it’s a tasty soup made of many varieties of “poor” fish, cooked in tomato sauce and put on toasted and garlic-rubbed bread.

It takes its name from a Turkish word with the meaning of “mixture” and, legend has it, it was born this way: a fisherman of Livorno, gone with his small ship at night, gone caught from a storm that drowned him leaving his wife and his three children in misery. The children, then, went to the other fishermen to ask for some fish to eat and everyone of those help them: someone with an octopus, some other with a cuttlefish and so on. Their mother made a soup out of all the fish they gained and the delicious smell suddenly spread through the city.

The “cacciucco” was born.