Not just a stopover for cruise ships and ferries: Livorno is a small and clean city with an excellent cuisine and welcoming and peaceful people.

Known as a transit place on a trip to more popular destinations, Livorno is actually a multi-ethnic port city full of attractions worth stopping for a bit longer: it is one of the oldest and most famous italian ports, active since the Sixteenth Century, with a particular landscape between canals and beaches, excellent fish cuisine and a great sense of humour.

One of the first things to visit in Livorno is the Old Fortress, the bastion that borders the Porto Mediceo. It was built by the Medici family in the first half of the Sixteenth Century to protect the port and is now accessible via a concrete pier. The New Fortress dates back to the late Sixteenth Century, becoming a very evocative public park after the bombings of the Second World War.

Not to be missed for lunch, thanks to its high rate of gluttony and delicacies, is the Central Market of the Vettovaglie, the covered market of the city, inside which there are counters and cloisters of food of all kinds. It is also a very fascinating structure from an architectural point of view: wheter you are interested in art or just in good food it’s worth a visit! 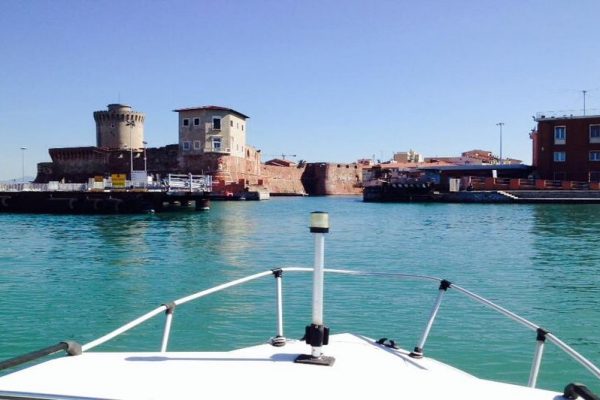 In the afternoon, you can’t miss the true heart of Livorno: the New Venice. It is a district full of “ditches” and canals, that were once used to facilitate the communication between the historic city center and the port. Here you can book a guided boat tour to discover many fascinating buildings along the way.

Among the other interesting attractions of Livorno, especially if you have children with you, there is an aquarium with over 800 different species that allow you to be enchanted by the charm of the underwater world. At the exit, you can continue the walk along the Terrazza Mascagni: an impressive chessboard overlooking the sea of almost 9,000 square meters. Needless to say, this is the best place to taste the most famous dish of Livorno: the cacciucco!

If you need more informations about where to stay, you’re in the right place! Take a look of all our services while navigating on the website.